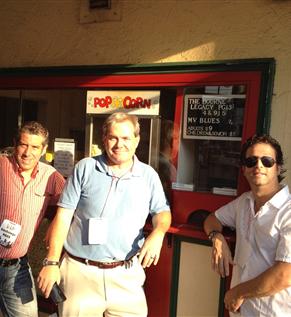 Va. Beach ophthalmologist has an eye for comedy, HamptonRoads.com, February 21, 2013

CORN DOG ENTERTAINMENT consists of the three-man comedy writing team of brothers Brad and Sandy Nadelstein and longtime friend Fred Hessler. The three got their first break when they contributed material to the Farrelly Brothers’ hit There’s Something About Mary. Following Mary, the Farrellys backed Corn Dog’s next project, J-Men, an outrageous comedy about a secret government agency that writes jokes. J-Men was purchased by Twentieth Century Fox with the Farrellys attached as producers, and the boys were commissioned to write the screenplay. In all, the team has written four full-length features spanning a variety of genres, from buddy comedy to conventional romantic comedy to political and religious satire. 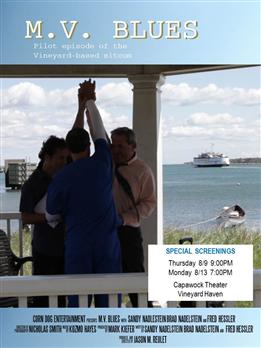